Defy Medical offers three forms of Tretinoin TAN Cream. If you have delicate skin, the Sensitive Cream is likely a good place to start. If you’re not sure, consider how your skin responds to retinol, since Tretinoin is a more potent Vitamin A derivative than retinol. If you have a strong reaction to retinol, it’s best to start with a Sensitive or Mild Tretinoin cream.

Also known as all-trans retinoic acid (ATRA), Tretinoin is one of the most bioactive forms of retinoids, which are vitamin A derivatives.

Used topically in the management of acne vulgaris and other inflammatory skin conditions such as rosacea, azelaic acid is found naturally in wheat, rye, and barley. It is a straight-chain dicarboxylic acid and can also be produced by Malassezia furfur, otherwise known as Pityrosporum Ovale, which is a species of fungus that is naturally found on human skin. While not very clear, azelaic acid is believed to exert its effects through the inhibition of cellular synthesis in both aerobic and anaerobic bacteria. 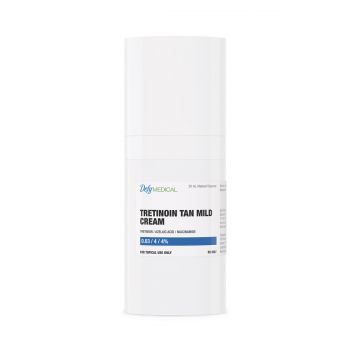 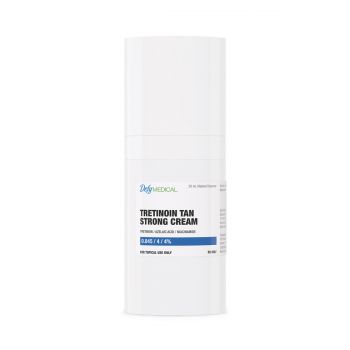